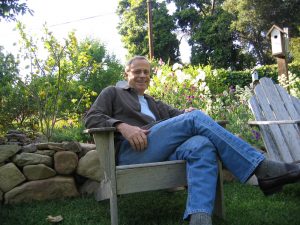 I am the laziest person I’ve ever met.

I often admit to that in my courses, and lots of people think that’s the silliest thing they’ve ever heard—they see me as highly focused and productive. But to me “lazy” just means making something happen with as little effort as possible. Perhaps it is equally true that I’m the most efficient person I’ve ever met. I seem to have made it part of my life’s work to find out with how little activity I can get a result.

When I’m processing my email inbox, I know the shortcut keys to get the action tracked and the email organized with as few keystrokes as possible. When I leave for the airport, I rush to leave the house by a certain time, so that I don’t have to rush later on the freeway or at the airport, when there’s much more pressure.

So, this is not unusual for most of us, and I’m sure we’ve all created our own shortcuts in life, especially for repetitive tasks. What might be a new frontier for most people to be conscious of is getting lazy/efficient about thinking. My organization system is set up to prevent ever having a thought twice! I capture thoughts when I have them, so I don’t have to have them again. I only put things on my calendar that have to get done that day, so I don’t have to keep rethinking what’s on the page when I look at it. I have an “at computer online” list of actions, separate from my “at computer” list, so when I’m working on my laptop on a plane or train that doesn’t have WiFi, I don’t have to keep rethinking which items on the list I can do, and which I can’t. I decide the next action step on my projects and keep those current, so I don’t have to keep thinking, “What should I be doing to make this happen?” I review the projects and areas of interest and focus of my life once a week, so that I don’t have to keep thinking that I should be thinking about them.

I was not born very organized, and it’s not something I do for its own sake. I have just worked pretty hard at not having to work hard. There are better things to do.