Procrastination. I hear it all the time. My clients confide in me, “I am procrastinating on sending in the contract/mailing the 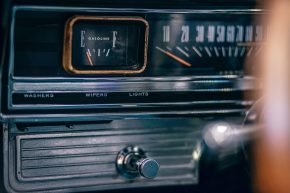 gift/fixing the appliance/etc…” you name it, I’ve heard it. And just between us, I used to think I was the ultimate procrastinator.

The one example that stands out to me of how the GTD methodology resolves procrastination, happened a few years ago… the engine light flashed on in my car. My first thought was, “This is going to cost me thousands of dollars and that’s not in my budget.” I didn’t want to think past the doom and gloom of how much it was going to cost. Also, the idea of getting my car fixed meant figuring out so many other logistics, like do I take it to the car dealership or my own mechanic? On top of that not having a car meant having to coordinate carpooling for myself and my family. The general inconvenience and the unknown overwhelmed me. Every time I would get into the car the engine light would go on and all those thoughts would be triggered in my head. For a couple of seconds I would feel the anxiety but soon I would be distracted by something else and forget about it.

Three months later after seeing the engine light go on yet again, I thought to myself, “OK, this is ridiculous. I need to practice what I preach.” I took out some paper and asked myself what I would like the SUCCESSFUL OUTCOME to be. Just like the engine light in my car, a light went off in my head. I wrote down: R&D engine light in car. Then I asked myself, “What’s the NEXT ACTION to get there?” So I wrote down: Call the car dealership and ask them about the engine light. I started to notice that even though I hadn’t made the call and didn’t know what the outcome of that call would be I felt so much better. I took a moment to reflect on why suddenly I didn’t feel so overwhelmed and stressed about my engine light.

I realized that the two things I did that caused me to procrastinate were:
1) I had a negative definition of the outcome (too much money that I didn’t have in my budget)
2) I focused on the complexity involved in getting it fixed which overwhelmed me so I did nothing.

All this required was a few minutes of focused thinking. Within two weeks my engine light was handled and ended up costing a whole lot less than what I had imagined.

Now, this is just one small example from my life. But I think it has had an enormous impact on me because it’s magnified by the professional and personal decisions, possibilities and responsibilities that come my way each day. It makes sense that this methodology can handle any amount of volume or intensity.

Meg is a coach with GTD Focus, the exclusive partner for the delivery of Getting Things Done® (GTD®) individual coaching in the United States and Canada.