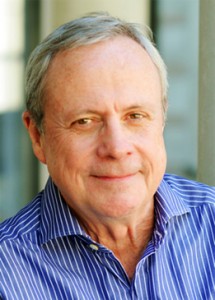 I understand the resistance to to-do lists, and the complaints about keeping them. I’ve noticed a couple of reasons for this. The main one is that most to-do lists are incomplete lists of still un-clarified “stuff.” Looking at them creates as much stress as they might have relieved in the first place. Typically what people have on their lists (if they have them at all) are things like “Mom,” and “bank,” and “marketing VP.” It’s great that they have captured something that has their attention, but there are still critical decisions to make with some critical thinking about that content. Why “Mom?” Well, her birthday is coming up in a couple of weeks. What are you going to do about Mom’s birthday? Well, I’m not sure yet. So, looking at “Mom” on a list reminds you of thinking and decision-making you haven’t done yet. And, at the moment, you don’t have the energy or mental bandwidth to think or make that decision. So, some part of you says, “Stop reminding me that I’m overwhelmed!”

So, it’s not to-do lists per se that are uncomfortable—it’s just that the content of them is still unclear. If you have determined a specific next action about “Mom,” such as “Call sister” to get her input on how to celebrate mom’s birthday, that item on a “Calls” list will be a lot more attractive and easy to engage with. I doubt anyone would say that a grocery list is a bad thing when you go to the market to shop for Mom’s birthday dinner, no matter how big the list.

A second reason there may be a resistance to to-do lists is that they are often incomplete, so you really won’t trust either your lists or your brain to give you the full story. There are things on your lists, but there are still many things in your head you’re trying to track and be reminded about. (And your head is a terrible office!) So, you don’t trust that the contents of your “external brain” have really captured it all, and then you can’t trust either your system or your head. This is a major source of mental fatigue and stress for most people.

So, what are your options?

So, what are your options? Simply put, keep track of all your commitments out of your head, on lists, or none of them! I would be fascinated if someone could intellectually justify halfway in-between. Either your head is the place to hold your reminders, or it isn’t. (You can guess my answer.) I find it somewhat amusing that people in our courses get upset with us because of the size of their lists. Look—those are their lists, not ours!

And the problem with having any reminders of commitments you’ve made kept in your head, is that the place that holds them in your psyche seems to have no sense of past or future. They are all “Do now!” messages in that place. So you’ll be awakened at 3am with the thought about Mom’s birthday, when you can’t do anything about it. Stress.

That said, if you already have, can, or would like to simplify your life such that you keep track of nothing in an external system, and you simply follow your internal hunches and inclinations, with the appropriate things showing up spontaneously for you to focus on, in the moment—yay! I love doing nothing, planning nothing, and doing what I feel like doing, when I feel like doing it. But I still need to keep track of the things I need to do, to justify the money I’m asking my clients to pay me for what I may be doing for them. That requires that I keep track of appointments, phone numbers, projects to complete, and actions I need to take, to produce the value I’m asked to be producing for them.

Gravitating away from to-do lists? Either keep them or don’t.