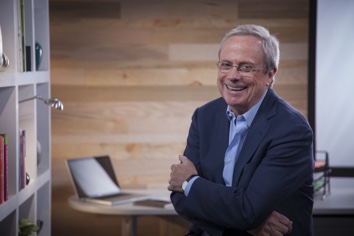 This post is for any of you who have ever asked, “What’s the best software tool with which to do GTD?”

I’m still buzzing myself from the recent global GTD Summit in Amsterdam. So many people from around the world; so much positive, supportive energy from everyone to anyone engaged. Wow. Quite a unique experience for me, and from what I’ve heard from all involved.

One topic I wanted to address at the Summit was: “Where is the GTD app?” in terms of a software tool that really “did it” for me.

It hasn’t happened yet.

At the Summit I briefly shared a vision of the “ultimate GTD app” which consists of 19 pages of hand-drawn drafts of the screens I would want to use. I just said to myself, “Can I click F1 on my computer and get to a clear head?” I spent two days creating those screens. This was in 1994.

Since I drew these, we’ve invested in two serious attempts at producing a software product that would do it (or at least come close). Both ended in a “not yet” conclusion, after tremendous research in the tech and analysis of the market (one in the mid-1990s and the last in the mid-2010s.) Our partners in these enterprises were the best and brightest you could possibly gather to explore this. But the technology required to make some simple GTD practices happen, and the lack of awareness in the marketplace for such a tool, put a kibosh on both endeavors.

So I promised our hundreds of people at the GTD Summit that I would make those screens available to the public. This was originally legally protected IP; but I decided to just make it “open source” now in case any of you out there could make it happen.

My CTO and great friend for many years, Eric Mack, came the closest to giving us something that built in some of the best practices. And he’s recently written about his experience and what it takes to build the ultimate GTD app.

He knows the methodology, in spades, and what has worked and not worked in trying to digitalize it. It required configuring the Lotus (IBM) Notes app we still use in our company, with some great features and abilities. (That’s still what I use to manage my action lists). Eric has said he’d be open to connect with any of you who want to know more about how this best-practice model can be digitalized. He’s at [email protected].

All the best, to all of you.