There is nothing new in the world, except how frequently things are new, 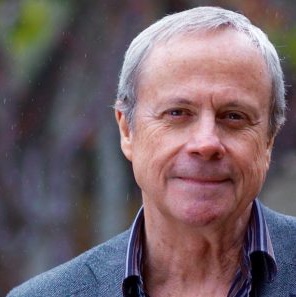 and the number of people having to accept and adapt consistently to that reality. The difference between your world and that of your parents is in how much less you can count on anything providing stability in your life and work, for any significant length of time. Perhaps your father and mother had to totally reconfigure their worlds two or three times in their adult life, if that. You might have to do that two or three times this year.

Now, whether you consider that good news or bad news, it is the news. How comfortable you are with that reality probably depends on how much trust you have to manage yourself appropriately when those changes occur. Trust me, there is a surprise coming toward you, which you cannot foresee, which will likely require you to recalibrate and refocus yourself rapidly to prevent yourself from drowning in the flood. And there is no help on the horizon, aside from your own abilities to manage yourself in the process.

Technology has been a major contributor to the syndrome. As a longtime end-user (I’ve been engaged with digital organizing and communication apps since 1983), I can attest that nothing since word processors and spreadsheets has significantly improved the productivity space. What technology has magnified with brute force are speed, volume, and connectivity. And while it can be argued that increasing those factors has helped, it can be equally argued that they have added to the problem—at least in terms of staying on top of your world instead of feeling buried underneath it.

Entrepreneurs and individual contributors have always had to exert some measure of self-management to play their games. But now even they are bombarded with infinite options and potentially relevant information and engagements to further their aspirations and careers, and they risk burning out from the stress of opportunity.

And most organizational professionals are now finding themselves amidst some version of the entrepreneurial ambiguities. Is my job changing? How do I define my role(s)? Where is this ship headed? Can I count on a future here? Etc. Forecasts estimate that within a few years, the majority of the organizational workforce will be self-employed and utilized as contract labor.

Both individuals and organizations have been attempting to navigate this environment. On the organizational side, concepts such as lean, agile, and scrum have become commonplace—at least in the tech sector. And models for enterprise self-organizing, such as Holacracy, have begun to get traction worldwide, doing away with arcane hierarchical structures. These approaches (and many others) are addressing the necessity to be flexible, integrative, imaginative, and hyper-alert and responsive to change and the factors that demand it. A company’s ability to deal with surprise is likely to contribute tremendously to its competitive edge.

On the individual front, self-management models and tools have proliferated exponentially, with new apps and approaches emerging almost daily. My book, Getting Things Done: The Art of Stress-Free Productivity, was first published in 2001, with a new edition in 2015, selling millions of copies in multiple languages. The shorthand for the methodology this described, “GTD,” has gained worldwide familiarity, with over 300 software applications having been created, based on the model.

Why its success (and that of many other books and approaches)? Quite simply, the need people have to create more room in their heads, less stress in their lives, and more control over all the facets of life and work that now impinge on most all of us. You can’t count on many of your priorities and commitments remaining stable for very long. And the more frequently things impact on that stability, the greater the requirement to engage in practices that keep you on top of your game.

The GTD system I described in my books, crafted after many years and thousands of hours working one-on-one with senior professionals, provides a way to create and maintain that sense of control, no matter how crazy things get nor how frequently. It involves capturing everything that has our attention in the moment in trusted places, clarifying actions and outcomes inherent in them, organizing the resulting reminders in a trusted system, ensuring confident choices about what we’re doing, minute to minute. As simple as this practice may sound, it’s not something we are born doing, and most people need to upgrade their behaviors and responses in this regard to the tsunami of inputs coming into their worlds that is not slowing down.

There is a race going on between you and your inherited, accepted, and created reality. Who wins, and how, is up to you. And it won’t happen by itself.

To be slow means that you govern the rhythms of your life. You are in control of deciding how fast you have to go. Today, you might want to go fast, so you do. Tomorrow, however, you might want to go slow, so you can. That is the difference. It is useless to force the rhythms of life. If I live with the anxiety to go fast, I will not live well. My addiction to speed will make me sick. The art of living is about learning how to give time to each and everything. If I have sacrificed my life to speed, then that is impossible. Ultimately, “slow” means to take the time to reflect. It means to take the time to think. With calm, you arrive everywhere.
—Carlo Petrini, Founder Slow Food

Half of the failures in life come from pulling one’s horse when he is leaping.
—Thomas Hood