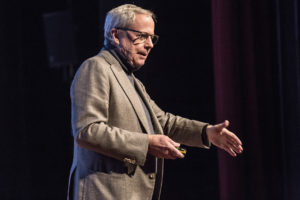 A recurring question from people new to GTD, or interested in its applicability to an organization, is “How does GTD relate to teams?” Because the introduction to the methodology focuses primarily on self-management principles and best practices for individuals, there is a gap in awareness of how to connect the personal productivity aspect to team success.

The best practices of GTD apply equally to teams (and even whole enterprises). The five steps—capture, clarify, organize, reflect, engage—are exactly what successful teams do to maintain control and focus.

What do the best teams do?

So, what’s different in applying GTD to a team vs. an individual?

The team needs to have an owner. That’s already obvious in an individual’s implementation (they run their own show), but not always with a team.

The team needs a clear purpose to fulfil. That’s why it’s a team, and what creates the tensions for resolution toward its outcomes. An individual learning GTD will find value in clarifying purpose(s), but the focus initially is learning to get control operationally with whatever has one’s attention.

A team as such does not necessarily have to define next actions on its objectives and projects, as long as accountabilities for those have been appropriately assigned. Individuals must define their own next actions for whatever has their attention, assigned them by the team, to complete their thinking and get clarity.

How do these two perspectives cross over?
The work of the team is done by individuals. Just as you can’t “do a project” but only actions related to the outcome, a team can’t “do” anything as a team without the individuals involved taking appropriate actions. So, a team with GTD-trained people gets teamwork done at a very elevated level. And especially when the team leader “gets GTD,” they can manage the control and focus of the team in optimally effective ways for themselves.

Can you teach a team to read? No. But does the team need people who can read? Of course. Can you teach a team GTD? Well, a team as a group can become more aware of the best practices of capturing, clarifying, organizing, etc. and implement those to some degree; but if any team member does not integrate GTD best practices, the whole team suffers. Often “team building” exercises are done to try to patch up the failure of individuals not really carrying their weight in self-management best practices.

Too much email and too many meetings are often the bane of team morale and coherence. Sub-optimal behaviors spur more meetings and emails, neither of which solve the problems but simply create more wasted time, energy and inspiration. A team of GTD-trained people stays outcome-and-action focused in both meetings and communications.

Open-plan offices, though well-intended, are often highly unproductive environments, because people use the easy physical accessibility of others as a way to avoid clear and thoughtful communications through the system, and an easy way to distract others (and themselves) from real work. A “GTD-esque” open office tends to be quick and quiet, as well as informal and comfortable.

Teamwork can be phenomenal in what it can create—where two or more minds come together so much cool stuff can emerge. And the clearer and more present everyone in the meeting is, the more that can happen. But the team as such doesn’t give people the ability to be clear and present. GTD does.

How does GTD relate with well-known organizational workflow best practices?
It is not surprising that the popularity of GTD has to some degree paralleled the growth of interest in Six Sigma, Kanban, Lean, Agile, Scrum and similar project and workflow approaches. The influential Agile Manifesto was published one month after the first edition of Getting Things Done (February 2001).

Whereas these methods have greatly improved flow and output in enterprise productivity, GTD provides a final piece in their smooth implementation by equipping the individuals involved with the optimal techniques for dealing with change—integrating new information, recalibrating activity, and staying focused.

Everyone we have engaged with who has significant experience with any of these models has reflected to us that GTD fits totally within them and galvanizes their implementation.

A senior researcher and certifier in these new approaches described GTD as “Lean for the brain.” That is, no wasted thinking.

What about collaborative team software and GTD?
Numerous software applications have been developed designed to facilitate teamwork and team productivity, ranging from CRM systems (e.g. Salesforce) to shared project, action, and accountability management (e.g. Asana). These can be highly functional as long as there are clear protocols for their usage and all the players abide by them. This becomes problematic, however, when the structure is so flexible that the protocols of input and access are ambiguous, and the rules of the application are not rigorously enforced. If these apps are being used and participation is expected, GTD training makes it much easier for the people involved to determine how much they can trust the groupware to provide appropriate reminders of projects and actions to be done and how much they must still track themselves in their own personal systems.

Software applications work (rarely, but granted, sometimes extremely well) when the inputs are clear, current, and complete, and the protocols for using it are well defined and enforced. The challenges are (1) defining who owns the results, (2) holding all individuals accountable for appropriate engagement with the system, (3) the contents are reviewed as needed, by the right people at the right time, and (4) all involved trust the system and the process of using it. If everyone is a GTD practitioner, they will ensure that happens.

More often than not, these groupware apps don’t work for the group, but some GTD practitioners find them quite functional for their own personal system.