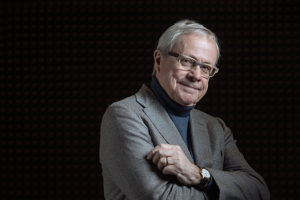 If you want to know which way to go, there are two things you must know: where you are going, and where you are. If you’re looking at a map to get somewhere, it is as critical to pinpoint your current location, as it is your destination.

The lack of a sufficiently identified and accepted present reality can undermine the achievement of the clearest desired goal. In my work with thousands of people over the years, I have helped resolve some of the thorniest situations and kick-started some of the most “stuck” projects, simply by bringing to light an objective inventory of the current and relevant data. How much money there really is in the bank. How many customers there really are. How the individuals on the team really feel. What the competition is actually doing. How many people have actually been laid off in the last six months. The actual graph of revenues over the last five years. Etc.

Companies, departments, and individuals may have big goals, even well expressed, and yet there can be a lack of energy, or a lack of real actions being defined and in motion. Groups bicker about the smallest things and can’t seem to get in gear. And the biggest problem about this is that they don’t know what the problem is. They are probably trying to build a house on sand. There’s no stake in the ground. There’s no traction.

There is magic in getting clear about “what is.” It’s why:

The great challenge is to face current reality head on without letting it “get to you” and cause you to program the next one as no better. Bean counters are a critical component to the team. You need to know how many beans you have. But if all you’re doing is just protecting your current beans, soon you may not have any more beans to count. You cannot drive by just looking at the rearview mirror.

Positive outcome thinking is critical to fulfilling yourself. But if you are hanging out in “vision” and resisting taking a hard and objective look at the “state of the nation” at the same time, you’re likely to be stuck with that reality. Jumping directly into the jaws of the tiger and confronting what’s really going on at this moment while maintaining a focus on a not-yet-manifested desired future is the hallmark of high performance.

Easy? Don’t kid yourself. That would not be current reality.

The pessimist complains about the wind; the optimist expects it to change; the realist adjusts the sails.”
—William Arthur Ward