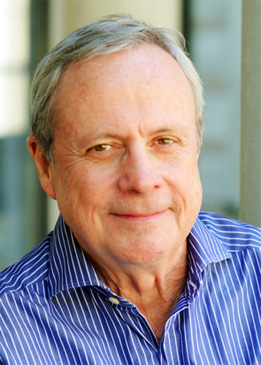 GTD® wisdom from David Allen on trusting your system and getting to the place where you are truly thinking about things, not of them.

One of the greatest traps in growing a business is also a pitfall for self management: if you don’t trust your system, you can’t let go of operational details and you’ll limit your ability to create at a bigger level.

Many successful entrepreneurs I have worked with over the years could be characterized (and have been, by their employees and friends) as “highly creative control freaks.” It’s understandable because usually it takes that kind of strong, directed energy to create a business, to make something out of nothing. Much like a parent will go to superhuman lengths to protect its vulnerable offspring, someone who gives birth to an enterprise almost of necessity must have skin as thick as an elephant’s and the aggressive/ defensive capacity of a samurai warrior. It takes tremendous focus, determination, and, yes, a certain lack of sensitivity, to create something new and get it to stick around in this world.

That protectionism can, of course, become their undoing. In order to continue in their visionary capacity to grow and expand, they must mature not only their team and their systems but themselves as well, to prevent the strangulation of micro-management. They have to trust. But trust is not something you can just do because you should. I suppose you can develop a greater sense of overall optimism about life, but you don’t merely learn to trust—you learn to build trust. And you do that by creating a system and working it, so you can let go at that lower functional level, without letting go of the bigger picture of what you’re trying to accomplish.

A beginner at the wheel of a car will have jerky, small movements. They are maintaining control, just at small increments of focus. Only as they learn to trust the car’s responsiveness can they let go on that level, extend their horizon, and cruise at higher speeds more easily.

Similarly, if you don’t fully trust your personal systems, you are likely to be dedicating inappropriate and unnecessary mental attention to details and content, often with a resultant negative emotional component. You’ll feel pulled, overwhelmed, and often like you’re close to losing control.

But you can’t trust your system until it’s trust-worthy. When is that? When you know you have captured all your commitments, clarified what you’re intending to do about them, decided the actions you need to take about them, and have parked reminders of those actions in places that you know you’ll look, where and when you need to.

Entrepreneurs have to break out of their comfort zone of operational control and let go, getting good people in the right places, accountable for the right things and monitored appropriately. Similarly, to keep a clear head focused creatively at the right things, you must have all the right things in your personal system and the behaviors to look at them at the right time. If you try to keep more than ten things in your mind at once, you’ll lose objectivity about their relationships with each other. Less important things will bother you more than they should, and you won’t give the tactical and strategic stuff the objective attention it deserves. And if some part of you knows that you don’t have everything captured and organized in the right place, your brain simply won’t let go of some attention to unseen details. You’ll find yourself still to some degree at the mercy of the latest and loudest. It’s the price paid for staying in the comfort zone of keeping control of it all in your head.

When people begin to implement the Getting Things Done® methods, they initially experience a rush of energy and creativity, while feeling more relaxed at the same time. But those positive experiences can slip away quickly without the confidence that the content of their systems are complete and current (the inventory of which could have been changed and expanded hugely with the last phone call).

People have often said, “I have everything captured in the system, but my mind is still worrying and reminding me about this and that.” My question is, “How long have you been working your system?” Usually they have only recently set it up. That won’t be sufficient to build trust yet, and your mind will still try to keep control. That’s why the challenge is to keep going—to keep coming back to everything downloaded, processed, and organized. And the trick is to come back often enough for the mind to be able to let go, trusting that remembering and reminding is really being handled by something better than it is. Then you’re truly free to be thinking about things, not of them.