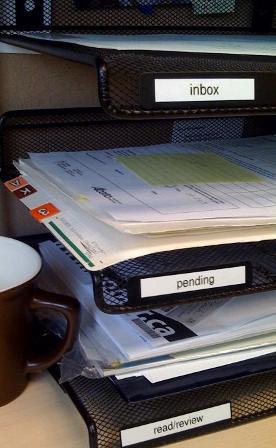 This week, in our ongoing series giving you a look inside other people’s GTD setups, Andy Reed sent along some photos for our GTD Times readers.

On his desk, Andy uses Inbox, Pending and Read/Review trays.

He also uses a Tickler File system for hard copy items, and OmniFocus on the Mac for action list management.

To learn more about how David Allen has his space setup, grab the free article Organizing your Workspace. If you have GTD photos you’d like to share, please send them along to us at [email protected]